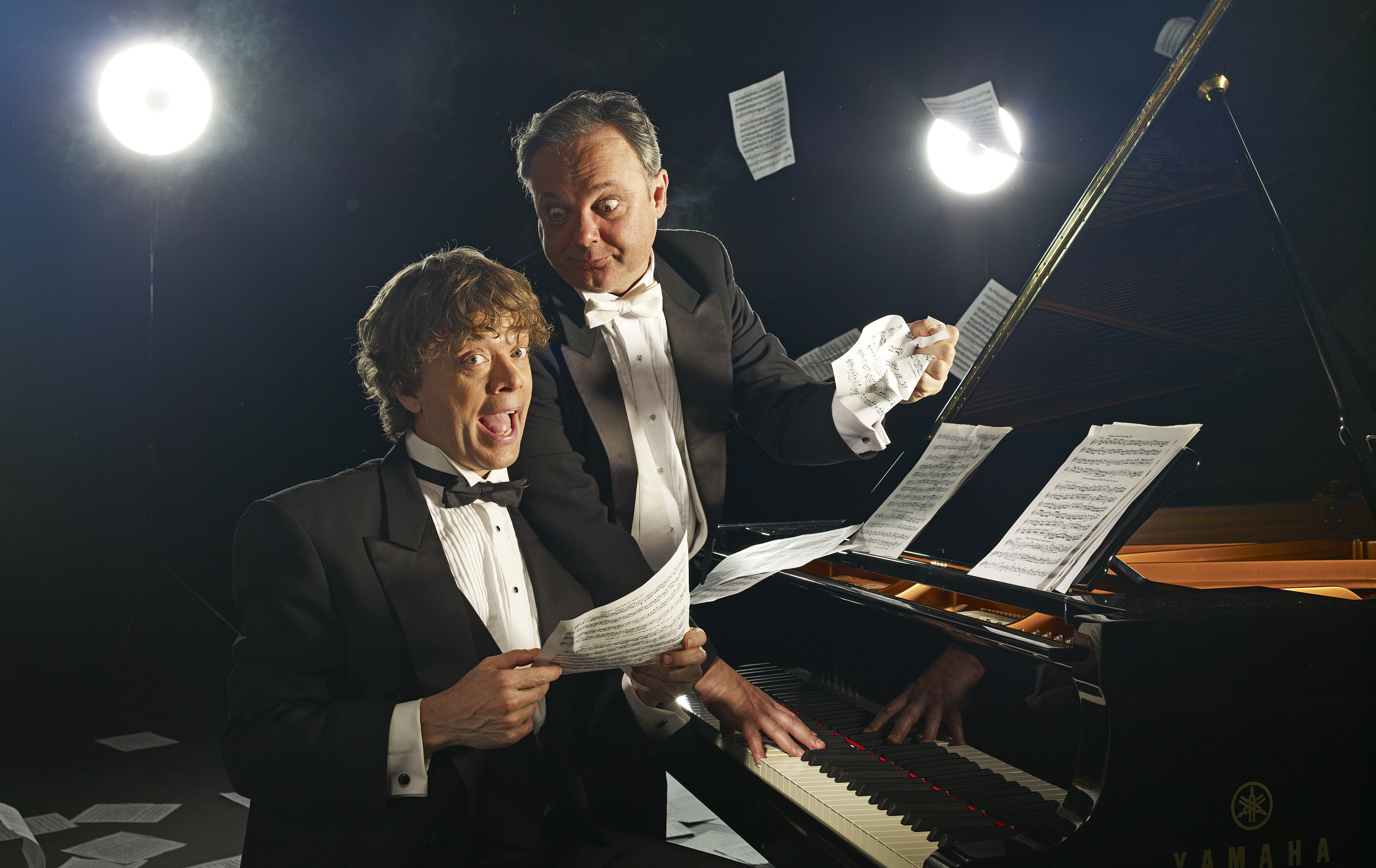 Let’s face it, you thought the world was going to end when you didn’t catch 2 Pianos 4 Hands in its many Toronto stagings and felt as if the Four Horsemen of the Apocalypse would soon be trotting down your street.

Creators Ted Dykstra and Richard Greenblatt were never that unkind to comedy lovers with a penchant for classical music. It just meant exercising patience until they could return with the theatrical magic for summer 2022.

The presentation swells foolery of high culture, situation comedy, and slapstick that not only bears but invites repetition. You may want to see it twice not because you will discover new depths in the script andt because the initial fun remains a mega hoot.

Some of the jokes reach fairly deep into an understanding of how classical music works and is taught; other jokes will be recognizable to anyone who has taken piano lessons or raised a child to do so. The material footsteps around the collision of dreams to come and dreams unrealized.

The plot, such as it is, follows the education of two aspiring pianists, who happen, coincidentally, to carry the names of the two playwrights—Dykstra and Greenblatt —from childhood through conservatory.

A gradual modulation of the beginning ivory-tickling frenzy develops into a rather mellow acceptance of lowered expectations. “I could have played Carnegie Hall,” Ted says wistfully toward the end but he and the audience know by this time that he could never have been a contender.

There’s no spoiler in giving this much away; the predictability of it all is part of the comfort.

The playwrights were wise enough also to give the music the last word, and the evening ends not in the ridiculousness with which it began but closer to the sublime.

You’re going to adore the spirit of this show of mutual support, underlined by the black and white of their costumes.

With both performers playing themselves in this super silly and brilliant creation, they also take on fluidly the roles of the parents and teachers who move through the students’ lives with sheer hilarity.